The Osceola Kowboys, who finished the 2019 season with an 11-2 record and advanced to the Class 8A Regional Final, led all county schools with 12 selections to the Osceola News Gazette’s All-County Football Team.

The 35-member team features at least one player from all eight public football playing schools.

Tohopekaliga had six players chosen; while St. Cloud had five players selected and Harmony had four.

The team was selected based on statistics, team success, reviewing the All-Orange Belt Conference team that was released last week, candid private discussions with coaches and personal observations made while covering county teams in 2019.

(See Player of Year Story in this issue)

Will Bonn threw for almost 2,000 yards and 19 touchdowns in edging out both St. Cloud junior Garhett King and Tohopekaliga sophomore Tyler Wesley for ONG’s All-County honors.

In addition to his passing ability, Bonn was a also a threat running the ball – finishing fourth in the county with 644 rushing yards and eight touchdowns. All told, he was responsible for 27 touchdowns this season.

“Bonn was one of the best quarterbacks we faced in the regular season,” Osceola Head Coach Doug Nichols said. “He only went 17 for 42 against us, but when I looked at the tape, I realized his receivers dropped 13 passes in that game. He’s certainly deserving of a spot on your team.”

The St. Cloud senior was perhaps the most reliable and consistent receiver this year, leading the county in receptions (57), and receiving yards (892); while finishing in a tie for first with 8 receiving touchdowns.

Without question, Gonzalez was Celebration’s “home run” threat at wide receiver. He made the most of his 31 receptions, averaging over 27 yards per catch (840 yards) while scoring eight touchdowns.

The Toho senior led the Tigers with in both receptions (46) and receiving yards (682), while averaging more than 14 yards a reception and scoring three times. He was also an effective weapon on running plays, gaining 92 yards on 12 attempts, averaging 7.7 yards a carry.

Playing opposite of Medina, Perrin checked in 51 catches for 503 yards this season. He was a valuable edition on jet sweeps and other running plays, adding another 402 yards and two scores on 58 attempts.

After rushing for 839 yards and nine touchdowns as a freshman at Liberty, Ja’Randy Swint picked up where he left off in his first season with Osceola. Swint finished second in the county in rushing, gaining 757 yards on just 72 carries. His 10 rushing touchdowns resulted in 60 points, the second highest totals in the county. Swint’s numbers were held back as he spilt time as Osceola’s feature back with ONG’s Offensive Player of the Year Dewayne McGee and fellow sophomore Roshaun Dudley.

A star for the future, freshman Tyler Emans finished fifth in the county in rushing, gaining 409 yards and scoring three touchdowns.

A poll of coaches said these were the top offensive linemen in the county this year. The group featured five seniors and four juniors.

A stalwart on the Chargers DL for the last two years, BeJi Auguste turned in an outstanding senior season with 69 total tackles (31 solo) with 12 TFL and a couple of sacks.

The Harmony senior came up with a big year with 42 tackles, including 14 tackles-for-loss and three quarterback sacks.

The only underclassman on the ONG’s first unit defensive line is St. Cloud junior Kwaisi Crudup. He posted six quarterback sacks and 15 tackles-for-loss among his 33 stops this season.

Isaac played a key role in helping the Tigers close the season on a four-game winning streak.  His defensive stats included 53 total tackles with 8 quarterback sacks, 2 tackles-for-loss and a fumble recovery.

Teaming with Dylan Ruiz and Jacob McKenney to form a solid defensive line that allowed just 10 points per game and was extremely difficult to run against this season, Vernado checked in with 35 total tackles with two quarterback sacks and five tackles-for-loss this season.

Hill was credited with 214 total tackles this season to rank among the nation’s leaders.  His totals included 33 tackles-for-loss.

Posted 65 total tackles on the season with four tackles-for-loss for Osceola’s defense that recorded five shutouts this season.

Gunn was second in the county this year with 136 tackles, including 19 tackles behind the line of scrimmage.

Endicott led all St. Cloud players with 72 total tackles and added 7 tackles-for-loss in his senior campaign.

The Storm’s top defensive player, Carrero was an absolute beast for Celebration, leading the team in tackles (81), quarterback sacks (17) and tackles behind the line of scrimmage (14),

Tolan posted 43 tackles with three tackles for loss and four quarterback sacks, starting as a sophomore for the Tigers.

The leader of the Osceola secondary, Cooper posted 36 tackles during his senior campaign. He batted down five passes, had three interceptions, a forced fumble and a recovered fumble.

Just a sophomore, Jerry Wilson has already established himself as an elite defensive back and a division one prospect. He finished the season with 15 tackles, 6 pass defenses and 4 interceptions.

Aheem Dinzey recorded 17 tackles this season and added three pass defenses, while tying his brother Kareem for the team lead in interceptions with four.

The senior posted 9 tackles this season while finishing the season with 3 pass defenses and 4 interceptions.

Sophomore kicker Spencer Richards had an outstanding season in his first year starting with the Kowboys.

He was six of seven on field goals and 46 of 48 on PAT’s, scoring 64 points. He also handled punting duties for Osceola, while sending 46 of 49 kickoffs out of the end zone. 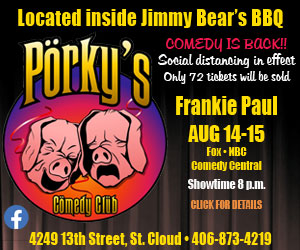