Instead of real-time commentary, eight commonsense reason for not going to war with Iran

AS I SEE IT

In the wake of the assassination of Iranian military leader Major General Qasem Soleimani and nine other people by a U.S. drone strike in Iraq, tensions between the United States and Iran are at their height. The immediate threat of war is real. Real-time news and expert commentary across the nationwide spectrum of media outlets probably have the heads of American citizens spinning. When things are moving so fast, perhaps it is best to move away from the ever-changing and confusing real-time commentary about what should happen and what will happen. Let’s look for the obvious reasons for not going to war with Iran. Here are eight:

First, Iranians are not our enemies. We must start looking at Iran as a country with 80 million people who are not our enemies, instead of an entity reduced to “bad guys” who need to be “eliminated.” If war starts, civilians will bear the brunt of it and we must do everything in our power and in our respective spheres of influence to prevent that from happening.

Second, war is destructive. War means introducing weapons, conducting air strikes, and sending combat troops. It is the use of deadly force on a massive scale. Wars are by nature destructive. There is violence, death, and suffering. In other words, we are talking about a complete oxymoron when declaring the intention to defend life and make us more secure, while actively taking lives.

Third, the human costs of war are too high. Approximately 800,000 people have been counted as direct war deaths in major war zones in the post 9/11 wars. That’s almost the population of Indianapolis, Charlotte, or San Francisco. According the Brown University’s Costs of War Project, “war deaths from malnutrition, and a damaged health system and environment likely far outnumber deaths from combat.” In addition, 21 million people are war refugees and displaced persons. That’s the population of Florida.

Fourth, the economic costs are too high. Through fiscal year 2019, the U.S. has spent or obligated almost 6 trillion dollars on the wars in Afghanistan, Pakistan and Iraq. The National Priorities Projects estimates that taxpayers in the United States are paying $32 million every hour for the total costs of war. These tax dollars could be used to pay elementary school teachers, create clean energy jobs, jobs supporting high poverty community, providing better VA medical car, providing low-income healthcare, and many other domestic trade-offs.

Fifth, the assassination and further acts or war against Iran are illegal. As Yale Law Professor Oona Hathaway argues, the attack on Soleimani was missing both domestic and international legal authorization. At home, Congress is the only branch of government authorized to declare war. The representatives of the American people were completely cut out and denied their authority by the Trump administration. Moreover, the United Nations Security Council would have had to approve the use of force. The Trump administration initiated and act of war without any approval.

Sixth, war makes us less secure. Or how would you explain Senate Majority leader Mitch McConnell’s prayers with “all American diplomats, personnel, and brave servicemembers serving in Iraq and the Middle East.”

He certainly doesn’t display any confidence about their security. Or how would you explain the State Department’s urgent request for all Americans to immediately leave Iraq after the U.S. drone attack? Retired Army Colonel and U.S. diplomat Ann Wright lists 36 bases with U.S. military forces in 14 countries that are neighbors with Iran as targets for retaliation.

Seventh, wars are often based on lies and provocation. The U.S. has a history of both. The Gulf of Tonkin incident was used to falsely justify war against Vietnam. Iraq was invaded in 2003 under the false pretext of Saddam Hussein developing weapons of mass destruction. The Washington Post is tracking the President’s claims and has found more than 15,000 false or misleading claims since assuming office. Now we should believe and trust in President Trump and his claim that this assassination took place to prevent war? Even without considering the domestic pressure of an impeached President, it would be foolish believe someone who lies about everything as long as it is politically expedient.

Eight, going to war with Iran is immoral. The assassination of Soleimani and nine others was murder. War with Iran would be nothing other than murder on a large scale. Much of the debate right now revolves around General Soleimani being a “bad guy.” We don’t have to disagree with that assessment while still advocating for diplomacy and peaceful approaches and certainly rejecting his targeted assassination. If war starts, civilians more than combatants will die and suffer. Large-scale killing, wounding, impoverishing, making homeless, orphaning, and traumatizing of people is immoral.

This brings me back to point one: Iranians are not our enemies.

Patrick. T. Hiller is a Conflict Transformation scholar, professor, served on the Governing Council of the International Peace Research Association (2012-2016), member of the Peace and Security Funders Group, and director of the War Prevention Initiative of the Jubitz Family Foundation. 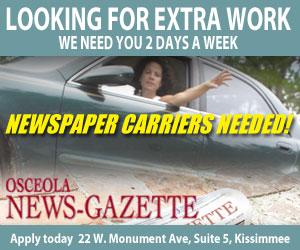