Behind the Mike: Don’t beat yourself

James Wyman Ingram was my high school football coach in the little town of Lexington, S.C.  He loved winning… but he hated losing even more, especially when the defeat was self-inflicted.

“Never let one defeat become two,” he would say, clearing his throat constantly between his pearls of wisdom. “Don’t carry your mistakes around with you,” he declared, quoting his former coach Paul Brown, for whom he played ball in the U.S. Navy. “Instead, place them under your feet and us them as stepping-stones.”

Paul Brown was one of the most innovative coaches in the history of all of football.  He was the original owner and coach of the Cleveland Browns.  Not only was he innovative, introducing such groundbreaking concepts as cross-blocking but he would find ways to create positivity in his players.

Ingram brought those advanced concepts to the little town of Lexington in the late forties.  Many said he was ahead of his time, introducing pulling guards and cross-blocking and other creative ideas that allowed his smaller players to compete against bigger and superior competition.

The late Congressman Floyd Spence, a standout halfback at Lexington before going on to a career at the University of South Carolina, asked his college coaches about cross-blocking.

“That’s something they do in the pros,” was their response.

At one time, Ingram was the winniningist high school football coach in all of South Carolina.  I fondly remember is “no quitter allowed” concepts he introduced to the game of football.  Mama Alice, my mom, would similarly say, “Find another way.  Don’t quit.”

“Own what you did,” Ingram would grunt when pointing out a screw-up, “but don’t beat yourself up for it.  Forgive yourself and move on.  Learn from your mistakes.”

The problem… when one talks to themselves, that internal voice can suggest that screwing up is OK.  It is not.  Do all you can do.  Do not beat yourself up over what cannot be changed.

There is very little if anything in nature that blooms year around.  Humans are different.  Growth is a work in progress, sometimes a little at a time and other times not at all.  Coach Ingram would say, “Make reasonable progress in a specific period of time.”

“How long is it reasonable to spend in the first grade?”  Ingram would ask rhetorically.  “Industry standard?  One year.  Just make progress.”

Would-a, could-a, should-a… there is no place for them in football or in life.  Treat yourself don’t beat yourself.  There are plenty of people out there who are more than willing to do that for you.

The great boxing trainer Cus D’Amato once observed, “To see a man beaten not by a better opponent but by himself is a tragedy.”

What D’Amato was really saying was be your own best friend.  Develop a sense of humor by doing things that bring you joy and a better solution.

The problem with life is it just gets in the way.  There is a major difference between expectations and goals.  We can block our development and ruin our progress.   Goals can motivate you and allow you to focus on accomplishment with a purpose.  Allow yourself that… you are bound to get better.

We cannot fix yesterday so beating ourselves up for it is a fruitless enterprise; learning from failure is not.  Do not beat yourself.  Do not let one loss become two. 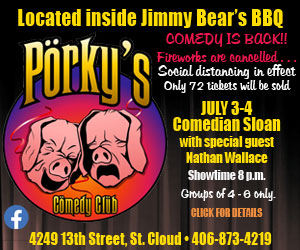