By Taylor Sharpe, For the News-Gazette:

Graduation is an accomplishment itself, but one University of Central Florida senior is getting more than a degree as he wraps up his career as a Knight. Clay Perry, a member of the Wrestling Club at UCF, had the opportunity to do what many collegiate athletes only dream of doing: becoming a national champion about two months ago before school shut down due to COVID-19. It took involvement on campus and a mentorship to bring him back to the sport he has excelled in while at UCF.

“If I didn’t win this year, none of this [hard work] was really worth it,” Perry told himself.

After walking away from the sport at age 13, an opportunity with UCF Sport Clubs brought him back. The St. Cloud native claimed the gold medal in the 174-pound weight class at the annual NCWA Championships in March.

Perry, a senior and psychology major in the College of Science, led the Knights by taking first place in his weight class. Ironically, the wrestling gold medalist began his career in the hopes of improving his chances of success in another sport, football. Along the way, Perry and many wrestling experts recognized his raw talent. A talent Perry admits he didn’t always recognize in himself at first.

“I had realized my potential and how good I really am and I just felt like I deserved to win,” Perry explained.

After walking away from wrestling for three years to try other sports, Perry went to American Top Team, a martial arts and athletic training facility in Orlando for some casual fun. Perry missed the “individuality” of wrestling unlike other sports he participated in. American Top Team owner Jayson Patino spotted Perry and told him that he could be a valuable attribute to the Wrestling Club at UCF.

“He told me I would do very good right off the bat, five years later I am an undefeated national champ,” Perry said.

Perry’s athletic success as a freshman was enough to solidify his confidence in being a leader in the Wrestling Club at UCF. Perry described his freshman year involvement in Sport Clubs as a turning point for his wrestling career. Perry also credits his extremely competitive personality in separating himself from average athletes.

“I love winning so much, but the biggest thing is that I hate losing so much, and I think that is what made me so good,” he said.

Perry hopes to continue to be involved in wrestling for the rest of his life. His advice to his successors is not to focus on the start, but to focus on the finish during their own time within the Wrestling Club at UCF.

Perry explained that the club is entering a “new phase” of rebuilding into the 2020-21 year and the importance of recruiting new talent to the club.

“Myself and others before me are proof you can come here and have lots of success against anyone from any division,” Perry said.

UCF Sport Clubs are part of University of Central Florida’s Recreation and Wellness Center, funded and supported by the Student Government (SG). UCF’s Sport Clubs have won nearly 40 team and individual titles since 2004. Club teams are recreational, instructional, and competitive.

For more information on the UCF RWC and UCF Sport Clubs, contact Scott Mauro Marketing and Communications Manager at scott.mauro@ucf.edu. 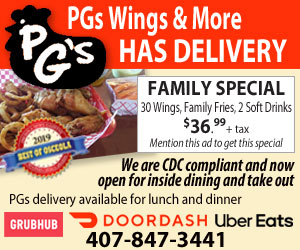