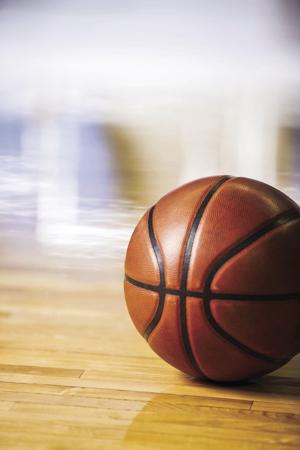 It was Osceola’s first victory since winning the Class 9A state championship last March. The Kowboys, who graduated nine seniors from that team, including all five starters and their top two reserves, opened the season last week with a 56-36 loss to Orlando Evans.

Monday’s first half was far from pretty.

Osceola only managed two first quarter field goals, both by Blazquez, but Ridge was ice cold too, and the score was tied 4-4 after one stanza. The second period was not much better, as the Kowboys only managed six more points in the period and trailed at halftime, 13-10.

“I guess one positive was that we played twice as good in the first quarter of this game then we did in the first period of our opener,” Osceola Head Coach Nate Alexander said sarcastically after the game. “We scored four points tonight and only had two against Evans.   That’s 100 percent improvement. But seriously, that was an ugly first half. We came out sluggish and simply could not make a shot.”

The momentum would change early in the second half.  Blazquez would hit a couple of quick shots, and the Kowboys would open the half with a 10-0 run to take a 20-13 lead. Blazquez would make seven of eight shots in the quarter to score 16 points in the period — more than the whole Osceola team had scored in the entire first half. Thomas would add five in the quarter, as the Kowboys posted a 26-point quarter to take a 36-18 lead.

“We ratcheted up the defensive intensity at the start of the third quarter and that helped get the offense going,” Alexander said. “Basketball is a game of momentum and once we made some shots we started playing with a lot more energy and confidence.”

Ridge would never threaten in the second half as Osceola extended the lead to as much as 24 points in the second half before settling for the 16-point win. Although no other player had more than four points, the Kowboys rebounded well. Edwin Colon, David Roc and Christian Combs all contributed nine boards.

Losing so much talent from last year’s 26-7 state championship team, it was obvious that the Kowboys would undertake a major rebuilding process this season.  But after a couple of preseason contests and two regular season games, Alexander says he has been surprised by where his team’s early shortcomings have appeared.

“I really thought our biggest issues would be defense and rebounding, but we’ve actually been okay in those areas in our first two games,” Alexander noted. “Being able to put the ball in the basket has been the biggest issue.  Hopefully we are just struggling with a little confidence issue right now in that department.”

It will not get any easier for Osceola over the next eight days. The Kowboys will play three straight road games starting with a Friday night game at Windermere, a team that returns a lot of talent after winning 27 games a year ago. Next week, Osceola will travel to Windermere Prep (3-0) on Tuesday before squaring off with perennial state power Edgewater next Friday.

“We really have three straight difficult games coming up,” Alexander said. “With such an inexperienced team we are just going to have to fight through it and hopefully find our rhythm.”

The Longhorns defeated Liberty on Nov. 26, and hosted Wade Christian this past Tuesday. They host Celebration (Dec. 11), and travel to Poinciana (Dec. 13).

The Chargers lost to Harmony (Nov. 26), and hosted Gateway this past Tuesday and at Discovery tonight.  They play at Tavares Friday night and at Celebration (Dec. 10).

The Bulldogs hosted Melbourne Catholic this past Wednesday. They are at Master’s Academy tomorrow night and play at George Jenkins (Dec. 7).