Voting is still on in Osceola County, despite coronavirus concerns

Coronavirus concerns are shutting down public schools, concerts and theme parks.
But Tuesday’s presidential primary elections in Florida are still a go, said Osceola County
Supervisor of Elections Mary Jane Arrington on Saturday.
Seven early voting locations in Osceola County are open Sunday from 7 a.m. to 7 p.m. Lines are minimual to non-existent and poll workers are well equipped with hand sanitizer and disinfecting wipes.
“You’ll be in and out,” Arrington said. “We’re taking this seriously.”
Florida’s decision to carry on with elections despite coronavirus concerns follows affirmation
from Gov. Ron DeSantis at a press conference Friday where the governor told reporters, “We’re definitely voting. They voted during the Civil War.”
Voting locations — unlike concerts, sporting events or other mass gatherings — involve fewer
people who interact with each other for much shorter periods of time, state election officials
stressed in a joint press release Friday.
There’s no voting on Monday in Osceola County but over two dozen polling locations will be open on Election Day March 17.
Only one site was changed: Good Samaritan Village’s polling spot has been moved to Pleasant Hill Elementary School half a mile down the road. The state ordered supervisors to shift voting away from assisted living facilities and retirement centers amid concerns of exposing elderly and venerable populations to the virus.
Arrington noted that mail-in ballot returns are down, and voter turn-out has been relatively low this presidential primary.
Former Vice President Joe Biden and Vermont Senator Bernie Sanders are the two remaining candidates vying to capture Democratic Florida delegates on Tuesday. Florida has the fourth-largest delegate pool up for grabs this 2020 Democratic presidential primary season.
Florida is a closed primary state, which means you must be a registered Democrat to vote in the Democratic primaries. It is too late to change your party affiliation for this race passed in February.
Florida is one of four states voting Tuesday, along with Illinois, Arizona and Ohio.

In 2016, Hillary Clinton won 68.1 percent of the Democratic primary vote in Osceola County and
Bernie Sanders won about 30 percent. The same year, Donald Trump won 46.7 percent of the
Republican primary vote in Osceola County and Marco Rubio came in second with 26 percent.
Pick up a mail-in ballot and return it
If you rather skip your polling place altogether, you can stop by the Osceola County Supervisor
of Election’s office at 2509 Irlo Bronson Memorial Highway in Kissimmee and pick up a mail-in
ballot. You can fill it out in your car and place it in the drop box at the same office a few
minutes later.
You can also pick up a mail-in ballot for a friend or family member, Arrington said. This could be
a good option for older voters concerned about going to the polls.
All mail-in ballots must be received by the Supervisor of Election’s Office before 7 p.m. Tuesday.
You don’t need a Voter Registration card to vote
The Osceola County SOE accepts a wide range of identification from voters. You don’t need
your voter card to cast a ballot.
To vote, the office just needs one to two forms of identification with your name, signature and
picture on it.
You can vote if you have a:
 Driver’s license
 State ID
 Passport
 School ID (with signature)
 Credit card (with photo and signature)
 Military ID
 Retirement center ID
 Public assistance ID
 VA card issued by the United States Department of Veterans Affairs
 Carry conceal license
 Government employee ID
If you have a school ID without a signature but a credit card with your name and signature, that
works too. The SOE just needs one to two forms of identification that include a picture, a name
and a signature, Arrington said.
For more information

For more information, including a list of places to vote Sunday and Election Day, visit the
Osceola County Supervisor of Election’s website. You can also check the status of your mail-in
vote online to make sure the SEO received your ballot. 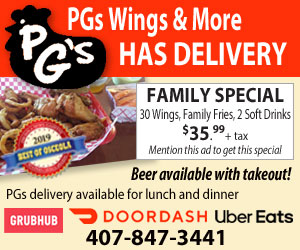 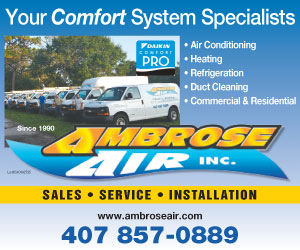