Meals are a religious experience in ‘Faith & Food’

Melissa and Melvin Cotton, of St. Cloud, are providing platefuls of some physical and spiritual nourishment with their cooking show, “Faith & Food,” which is streaming on YouTube.

Hosted by Melissa and shot by Melvin’s production crew, the show offers up a different dish every episode along with a religious tone.

Having just wrapped up its third season, Faith & Food can be seen at www.youtu.be/ daOQPMG0qzM.

“I always wanted to create something faithbased because faith is very important to me and I started thinking how I can incorporate faith and food together,” said Melissa.

The show, which is recorded in the Cotton’s kitchen, runs every Sunday at 6 p.m. during a season. Season four has not started yet due to COVID-19.

A scripture from the Bible is the focus of each show as Melissa shows the public how to make certain dishes ranging from Asian to Italian to Southern cooking. That scripture is listed at the bottom of each episode.

“It’s an inspirational cooking show that focuses on feeding both spiritually and physically,” said Melvin III, who earned a masters degree in entertainment business from Full Sail University in Winter Park.

A crew of about five people, which includes camera operators, stylists and an editor, help create the show. The goal is to make each episode look like a television show, said Melvin.

How does Melissa decide what she’s going to cook next? “God sometimes just

“God sometimes just drops things into my mind,” she said.

Melissa said she’s always trying to find new ways to change chicken or beef, but in a healthy way. When cooking Mexican food, that could mean using Greek yogurt instead of sour cream or brown rice instead of white rice.

How did this all begin?

It just started with Melissa’s personal health journey. She would play with different recipes and sharing them with different people. That evolved into a meal-preparation business for friends. But the demand soon became overwhelming, making all different kids of food and then delivering the meals. So Melvin told his wife, why not just show people how to make their own meals?

“With her loving to cook and my production mind, I said, ‘Well, let’s create a show,’” he said.

The show has grown over the last three years, as it has since been featured on other streaming platforms. And there’s hope that one day it will graduate to television.

“The ultimate goal is to find the right opportunity,” Melvin said. 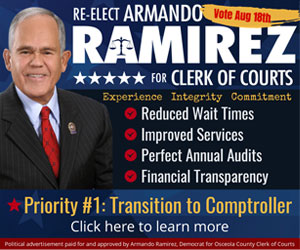